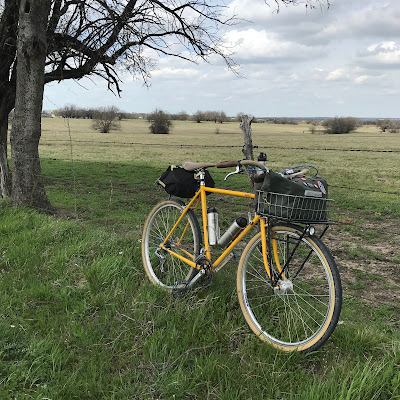 Finally, I wondered how the slide would have appeared to observers.  I decided that it must have been fantastic.  Surely, I looked like an expert shredder, like that was how I always turn corners on gravel roads.  I was deeply remorseful when I realized that my rare display of excellence wasn't captured on film.  But nothing about that surprises me.
Posted by Pondero at 6:57 PM 9 comments: 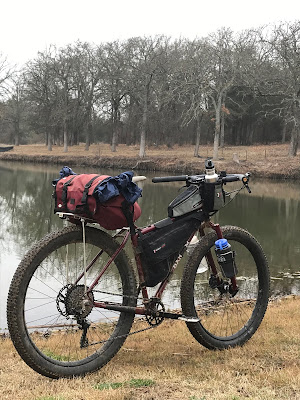 I am pleased that Tim and I are planning our third consecutive spring break bikepacking outing.  We've had some good times on prior editions to Arkansas (first) and Alabama (second).  We also, in spite of extreme heat, enjoyed an early summer return to Arkansas in 2018.  We seem to tolerate one another well enough to have penciled Missouri on the calendar for the first week in April this year. 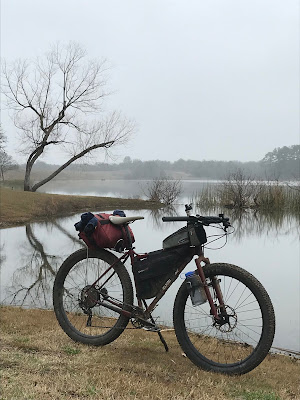 These spring break outings follow winter (duh).  That means the long nights, holidays, and cold, wet conditions that seem to limit saddle time has eroded my fitness.  So each year, I make a half-hearted, last moment attempt to prepare myself.  As usual, I've got about four weeks to get fit.  At my age, however, physical fitness is laughable.  Each year I meet up with Tim with excuses and apologies, but not so much fitness.  This year, I have a new strategy. 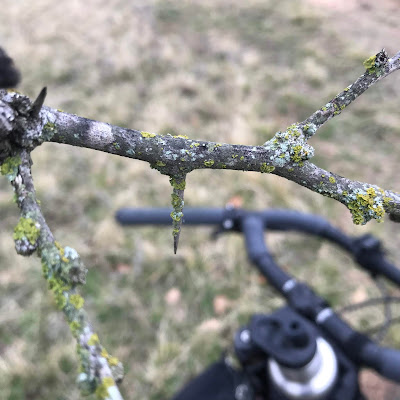 The new strategy is to ride a heavy bike uphill, on rugged ground, or (preferably) both.  How is that a new strategy?  Well...I don't do that because I think it'll make me physically fit in four weeks.  I do that because it makes me patient.  It is a sort of mental fitness, if you will.  So I load up one of bikes with lots of stuff, and ride.  I practice... slowly gutting it out.  My hope is that, within the four weeks between now and April, I'll be mentally over the hardness of it all.  Being exhausted will be so commonplace, I'll be able to notice the beauty of my surroundings. 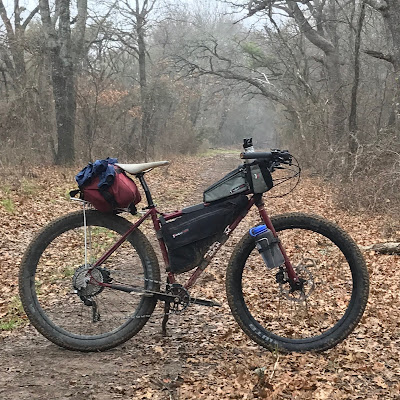 So I loaded up my bike with more water, and gear, than I really needed for my morning ride.  I went out to the LBJ Grasslands, and rode on dirt roads and trails.  I pushed my loaded bike up a few steep places. 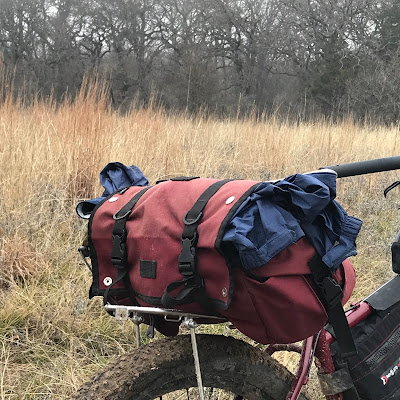 These practice sessions allow me to test my gear and packing options.  This customized Donut Sack Saddlebag works well for these self-supported outings into the backcountry.  The combo with the Nitto R14 rack is a good one, and I expect this will be part of my set-up.  I like it so well, that I'm pondering also using a similar bag on a small rack in the front one day. 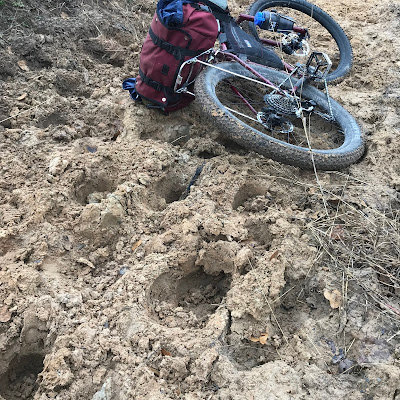 There are many miles of equestrian trails in the LBJ Grasslands.  That means my practice sessions involve a lot deep sand, or hard clay, bumpiness.  What a wonderful patience builder! 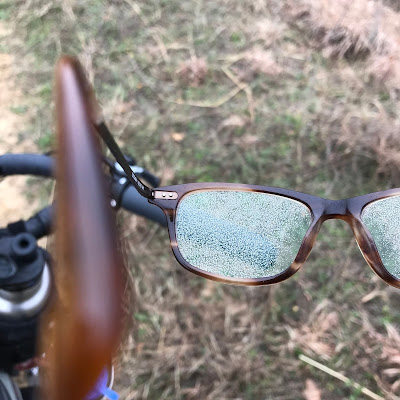 Today's practice session involved riding the entire time in a heavy mist.  It wasn't exactly what I'd call "rain", but it was more than fog.  Poor visibility, I have learned, is another patience builder. 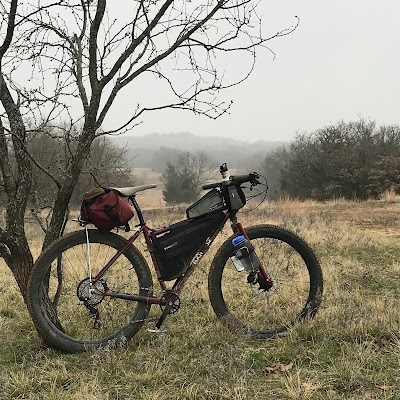 Even with poor fitness in honest-to-goodness rough stuff conditions, the Grasslands seems to always have its rewards.  The quiet beauty reminds me why I practice...and why I load my bike, travel to hilly places, and pedal (or push) it uphills. 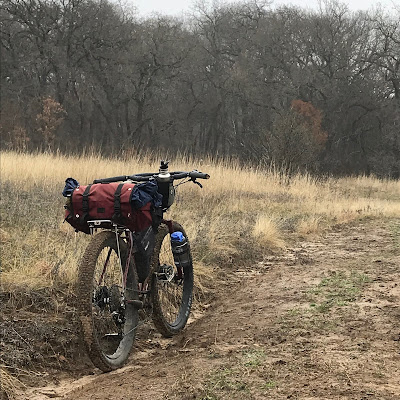 Perhaps I'll have some additional preparation reports between now and then.  Four weeks, and counting...