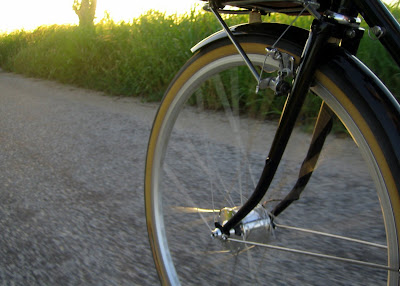 It was those golden few moments before twilight. It was when the summer heat began to subside. It was time...to take a little time...and cruise the neighborhood.

Attempts to photo the huge silent owl in flight, the too-far-away longhorn, and the self-absorbed skunk were unsuccessful. Sorry about that. The goal was to do a little camera play. Could I come back with one decent photo?

The skunk and longhorn were both fun to watch, but I really wish I could have captured the owl. The photo below shows where I saw him. The forest was spooky and shady except for a few high spots that were highlighted by the sun sitting on the horizon. The silent owl made it spookier still. 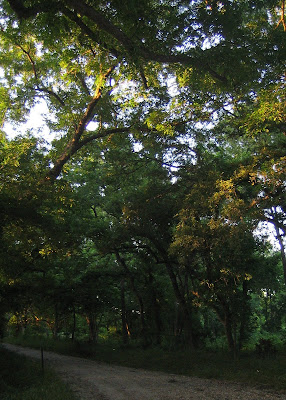 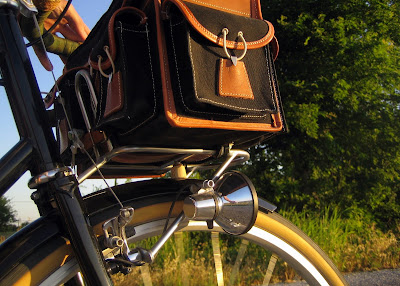 ...just a little camera play from guy with a few free minutes, a camera, and a bicycle.
Posted by Pondero at 8:05 PM