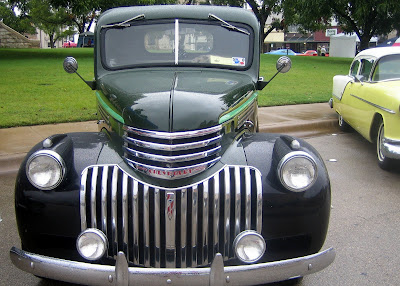 Approximately 2 years ago, I rode into town and noticed that car enthusiasts had taken over the courthouse square. I described a conversation I had with a friend of mine, and shared photos of a red pick-up because it tied-in so nicely with that conversation. Today, the enthusiasts were back. Even in the drizzly conditions, they had some attractive goods. The photos today are for you, Keith. 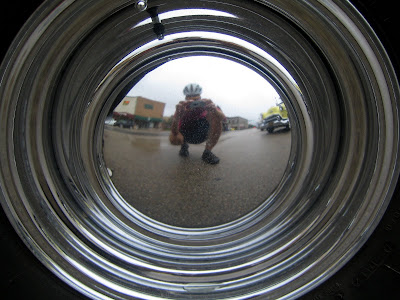 This morning was a test, really. After my comments a few days ago about enough is enough, and pushing myself to stretch-out some of my rides, Saturday morning showed up with rain in the forecast. In fact, the forecast called for flooding. Would I curl up with a book, or hit the road? Since I'm not inclined to document my failures, your guess that I passed the test would be a good one. 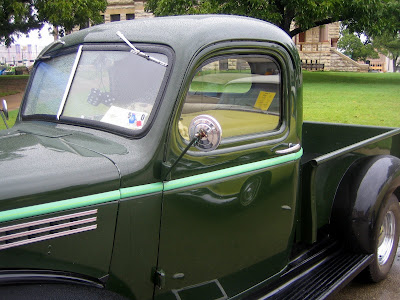 I have a bike with fenders to (in theory) be able to ride in rainy conditions. In practice, I've learned that my corner of the north Texas prairie doesn't often get gobs of rain, and that it is really fairly easy to find something else that needs to be done when it is raining. Like maybe that book I mentioned. 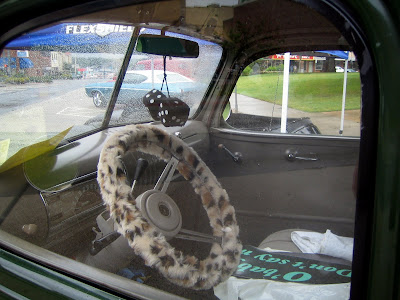 I've also learned that a flood watch in my current geography carries a different meaning than it does along the Texas Gulf coast. Along the coast, a 30-40 percent chance of rain means it will rain. Here, a flood watch means, there's a great chance that it'll be cloudy, and it might rain. So even though I took precautions to keep my electronics dry and hit the road, I'm not really that hard-core. 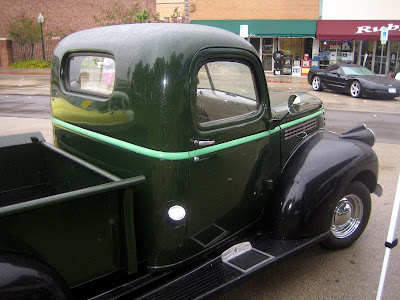 Actually, it was all quite pleasant. I started out just as the sky lightened a bit. I pedaled quietly over wet roads, listening to my tire tread separate moisture from the road like an opening zipper. It did rain, but not much. I encountered light drizzle to light rain. It was just enough to supplement that zipper sound with an irregular percussion rhythm on my helmet, glasses, and the map holder of my front bag. It was so different from the intense heat and brightness of the summer sun as to be refreshingly pleasant. 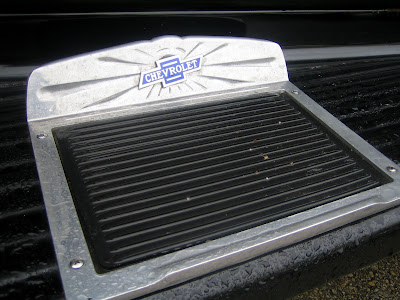 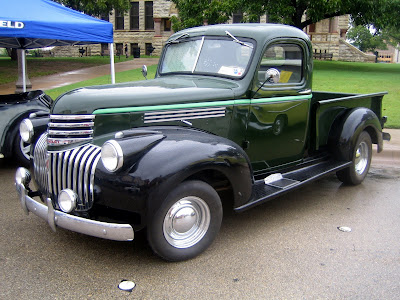