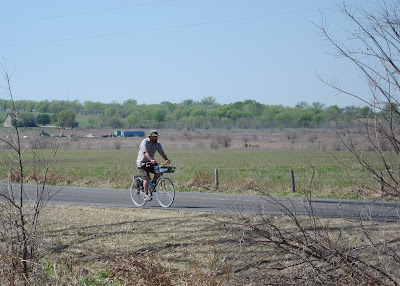 Who is that cruising down an empty county road? Who is that enjoying the spring sunshine and the wide open spaces? Who is that with micro-tour gear at the ready?
Why, it's none other than the highly-celebrated friend of many, Myles, of Rat Trap Press from Fort Worth, Texas! 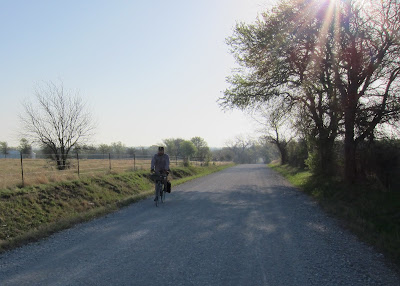 Myles decided to try and squeeze in a country outing before the Texas heat set-in for the long summer. He came up yesterday, and we had a plan to try out one of my favorite loops that includes more gravel than pavement. This is the same route I shared with another one of my Fort Worth friends last May. 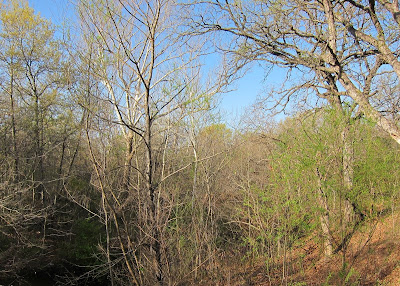 We had a micro-tour in mind. That means that there is ample riding in the countryside, but the pace is not hurried, so there's always time to stop and admire the sights. 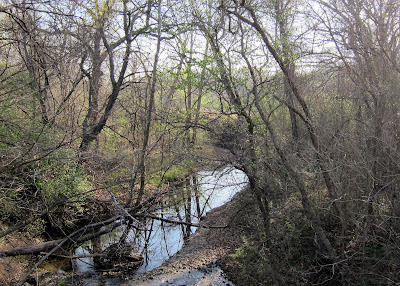 We paused at this shady creekside for a little physical and visual refreshment. We both commented on the tiny new green leaves on so many trees all along our route. 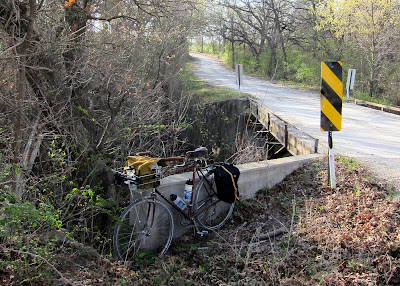 When the steady crunching and crackling of gravel stops, the peace and quiet will paint a grin on your face. 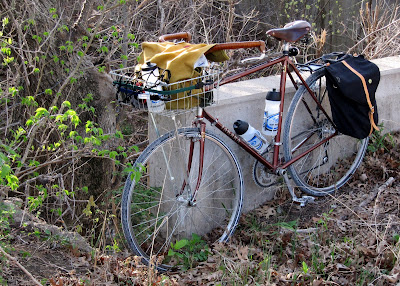 Myles' bike is really tailored to his typically more urban routes, but it performed well. We discussed the possibility of slightly wider tires and a different chainring combination if he were to do routes like this everyday. 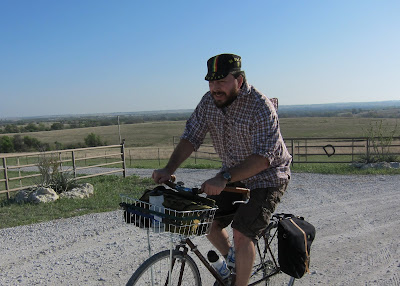 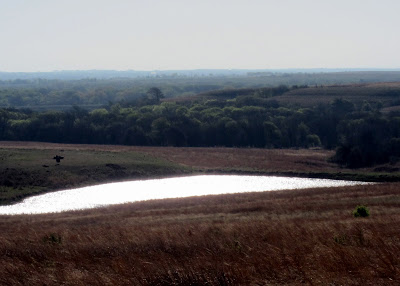 Looking down from the top of the ridge, the sun reflected off this pond. It glowed in stark contrast to the surrounding pasture and wooded background. 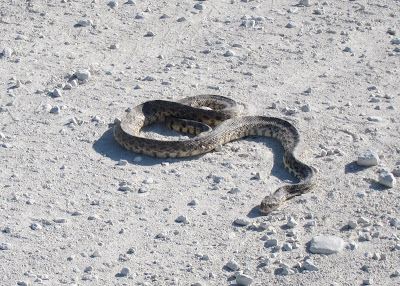 This guy was just lounging in the middle of the road, apparently soaking up the warm sunshine. He didn't seem to be more concerned about automobile traffic than we were. He stayed right here in this spot as we road on by. 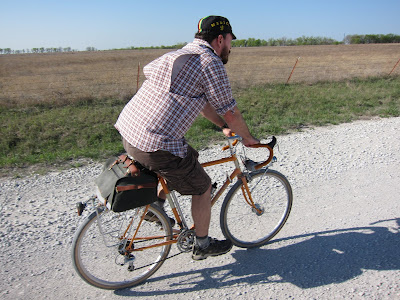 One of the benefits of riding with a friend, is the ability to try out each other's stuff. We decided to switch bikes for a few minutes to compare rigs. Fortunately, we are close enough in size so that neither of us was too uncomfortable for the short test. 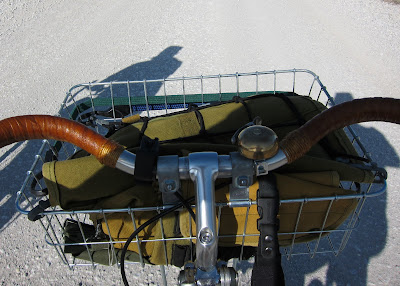 Myles seemed to enjoy those plush Hetre tires on my bike, and I admired his basket. If I did more urban routes with lot's of errand-running, I'd have one myself. 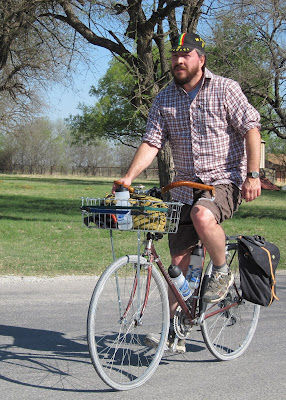 Finally, after a brisk headwind, it's coffee time, and Myles comes casually gliding into Slidell, Texas with class. 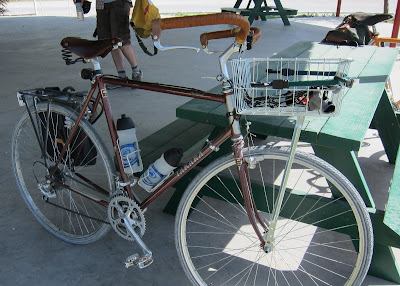 Myles (behind the bike) was searching for a place that provided some protection from the wind. He wisely suggested a spot behind the Christmas tree still standing in the center of this gazebo. I failed to get a photo of the tree, but Myles included it in his post. I was also too busy fussing with refreshments to be bothered with photo documentation, but I assure you it was a classic Pondero-style micro-tour with homemade scones and fresh brewed coffee. 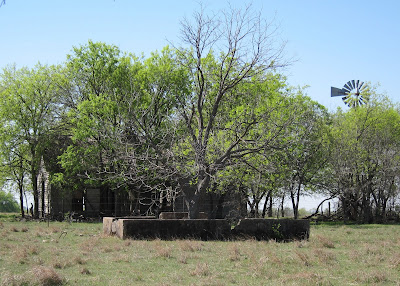 After our stop in Slidell, which was at the western limits of our loop, it was only a short while before we turned back east and enjoyed an amazing tailwind. There were some interesting old abandoned houses out there like the one above. We really should have stopped more frequently in this stretch, but I think we were both enjoying that intoxicating tailwind induced momentum. 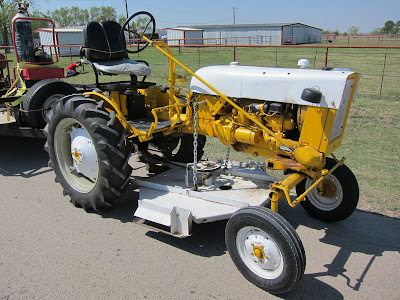 Stopping here was easy. I'm no expert, but do enjoy the simplicity and all-business look of old tractors. A couple of guys were doing some fence welding, and had towed their gear on a trailer with this tractor. We chatted with them a couple of minutes, and I think they said this International Harvester is a 1947 model. 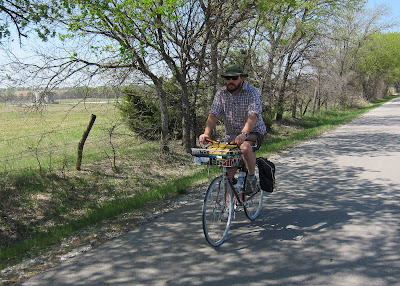 Myles and I rode and chatted. We talked about all kinds of bicycle pursuits. We covered camping, racing, touring, randonneuring, and mountain biking. It's all good, but an outing like this is about as good as it gets for me.
Thanks for a great day on the bike, Myles. I'm already looking forward to next time.
Posted by Pondero at 2:13 PM