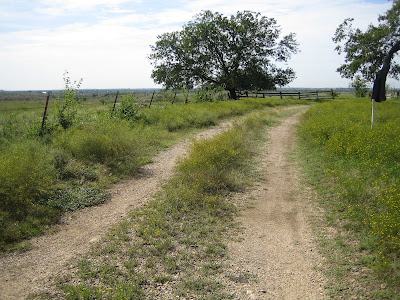 Several weeks ago, she said she planned to attend some kind of furry rascal cult event all day on, October 3rd. Thinking that it might not be too hot for the first post-summer S24O, I penciled it on the calendar. Early in the week prior, the forecast was for showers on Friday night. Fortunately, they came on Thursday night. Friday night was perfect.
I had a friend join me for a pondering duet for a few hours. He couldn't stay overnight, but came prepared with plenty of deep thoughts. He's a guy who wants to live life deliberately. The conversation was so good, I didn't even think about dinner until after he had to leave. So I prepared my dinner in dark solitude. 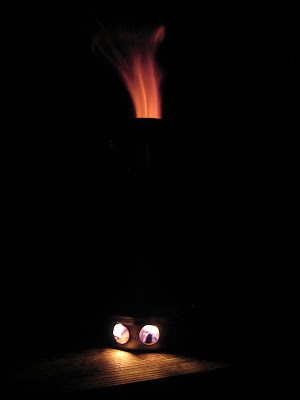 Heating water in my Kelly Kettle for soup
The evening was delightful. The wind was light, the moon was almost full, and the sky was perfectly clear. The moon was so bright that I rarely needed artificial light. After dinner, the evening began to chill, and I crawled in the bag. It felt good to lie down, on my back, looking at the sky, and listening to a nearby group camp singing. Because I liked the songs, it was like a lullaby. Waking early, it was still dark, but clear skies lightened quickly. 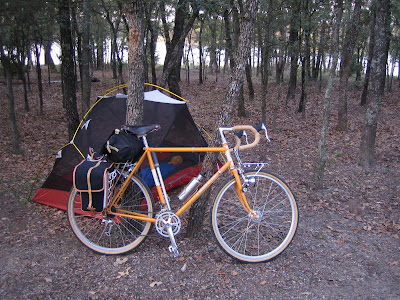 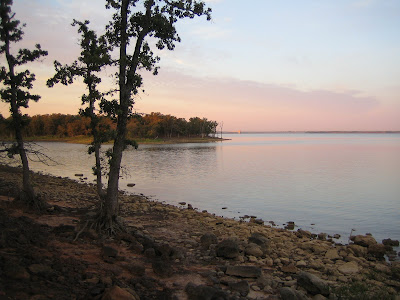 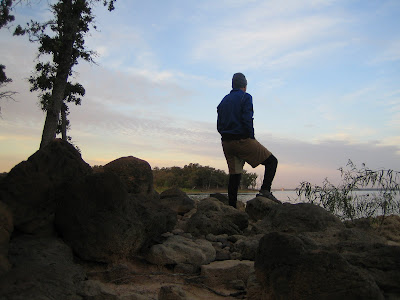 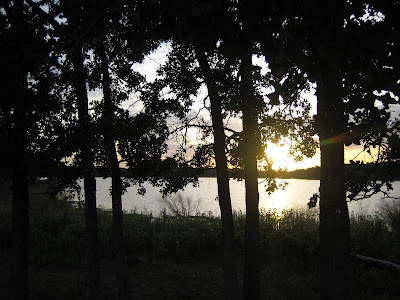 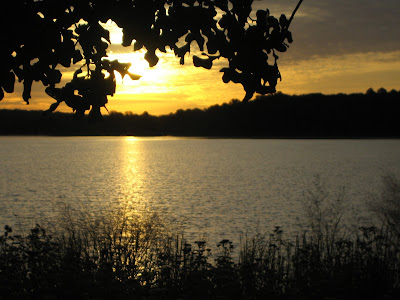 Not all nice sunrises are in Florida 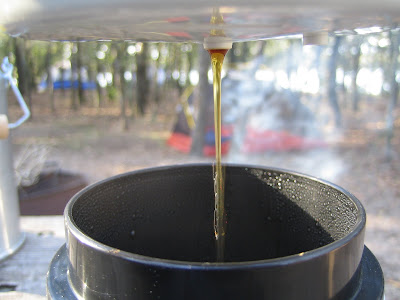 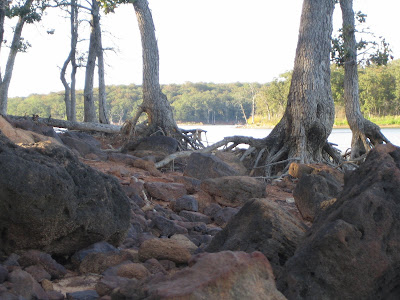 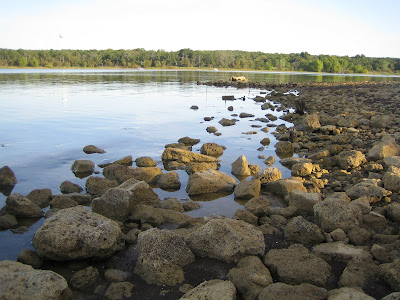 Too early for a breeze
I camped at the lake, as usual, but stayed in a different campground. Before leaving, I pedaled around and explored other areas. Now I've got a few select campsite options in mind for next time. 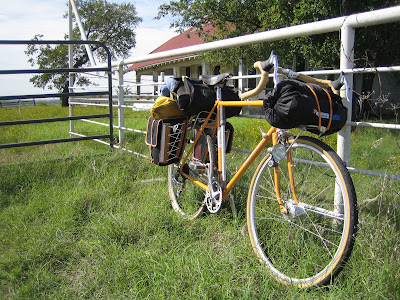 Stopping for a snack on the way home
I really am grateful that the S24O concept was created. I probably wouldn't have thought that it would be worth the effort. The secret, however, is that once you start pedaling away from the house, the pace of time slows, allowing one to get so much more from a relatively small amount of time. The S24O season in Texas has begun.
Posted by Pondero at 2:57 PM