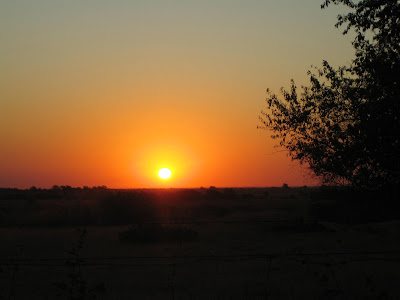 It was just as dramatic a change as the turnaround in Gainesville this morning. That puff of cooler air that drifted into Texas last weekend has given profoundly appreciated relief from brutal heat, and the mildness lingers. It was in the upper 50's when I stopped just past the catfish head fence post decorations to collect an image of the sunrise. A truly lovely morning. 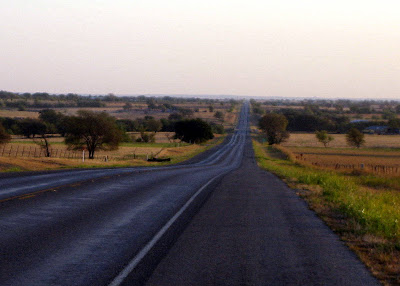 The dramatic change in Gainesville was the difference between riding into a light north wind along a state highway, and riding with a less-slight north wind on paved and unpaved county backroads on the way home. I enjoyed both portions of the ride. The highway portion was smooth, straight, with light auto travel so early in the morning. Just right for getting into a good rhythm. 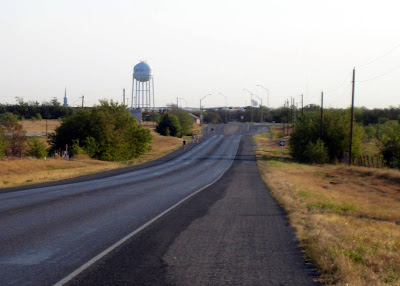 Descending into Gainesville, I encountered a group of riders headed south. If you enlarge the photo you can see them in the distance. And since the Red River is just north of Gainesville, you can almost see Oklahoma from here. 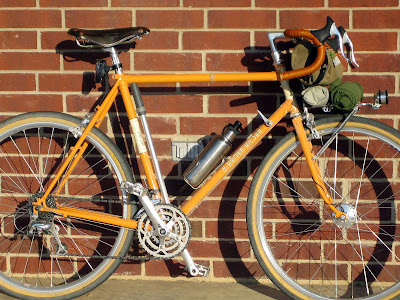 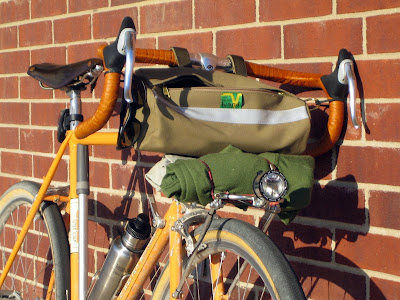 I paused to refuel at a convenience store. It was warming up and time to shed a layer. 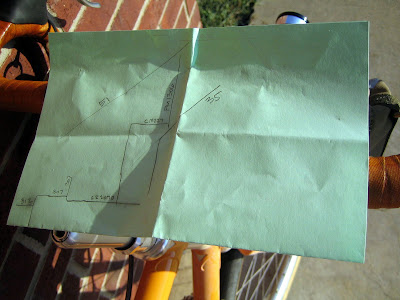 Since the route back promised to be much more twisty-turny, it was also time to refer to my old school GPS. 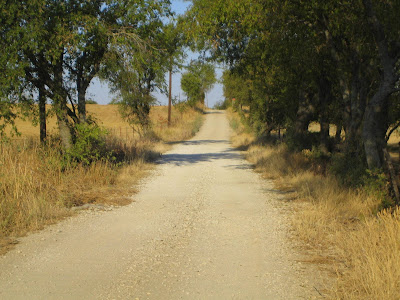 What a turnaround! The high-pitched hum of Hetres rolling over pavement was transformed into the Rice Krispies sound of crunching gravel. The expanse of the wide state ROW was reduced to one lane of travel between trees. The pace slowed, and the countryside just glided by me. 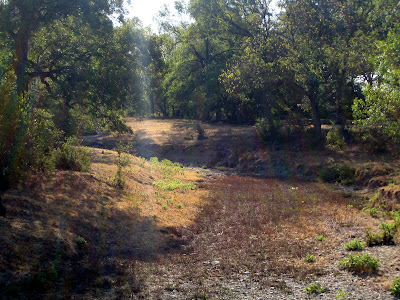 While we are thrilled with the cooler temperatures of late, we Texans are not totally satisfied. Now our prayers are focused all the more on rain. There are far too many creeks that are not supposed to be dry like this. And too many bewildered cows standing around staring at mud pits that were once refreshing stock ponds. 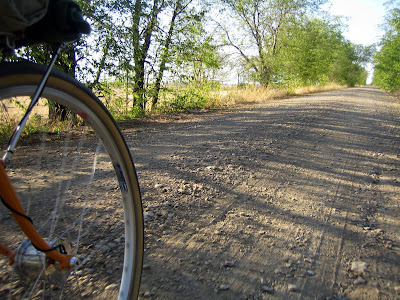 I suppose it's also a turnaround of sorts for me in that I've invested in the slightly-more-zippy project bike. While pondering and tinkering with the old Trek, I've been ramping up the ride intensity and duration just a bit. I'm not sure if it is time to use the "training" word just yet, but that day might come. The son-in-law has begun riding...often...and fast, and is starting to scare me. Gotta do something about that. So after a few shorter, quicker rides in the last few days, it was most excellent to spend some time in the saddle. Long Steady Distance, I believe is what we'd call it if we were training...but we aren't quite yet. 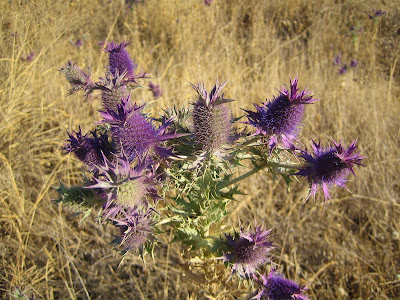 These purple thistle thingies were a sharp visual contrast with the toasty, crispy brown of the thirsty roadside grasses. 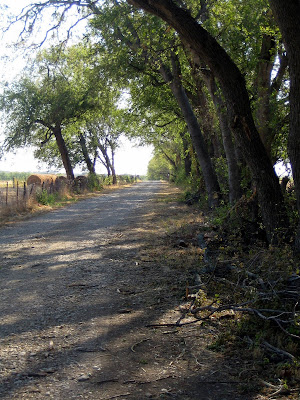 Things have turned around. It looks different. It feels different.
There is a delightful eagerness.
Posted by Pondero at 9:58 AM