Memory of the Heart 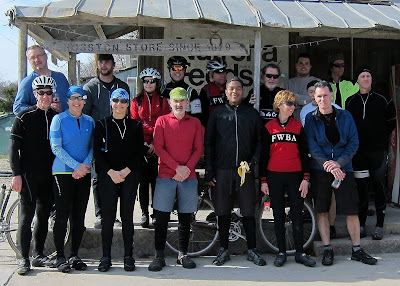 As I reflected back on this year's Third Annual Fall Finale Forty(ish) Mile Country Path Ramble, I struggled a bit on how to present my perspective. Doohickie's report was the first one I saw, and it alone seemed sufficiently comprehensive. 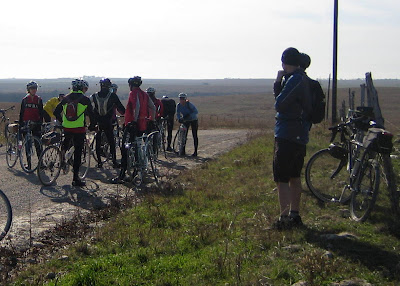 I had already provided a fairly thorough description of the route and road conditions to prospective riders beforehand. 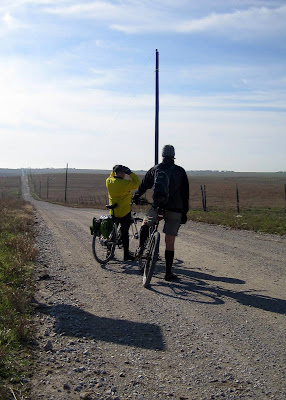 In fact, since it was the same route as last year and I posted to this blog how that went at that time (and referenced it recently), what more is there to say about where we were? 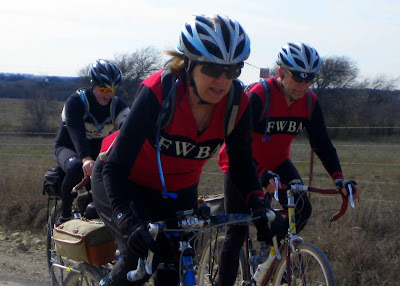 The message that really needed to be conveyed took a little introspection...a little pondering you might say. 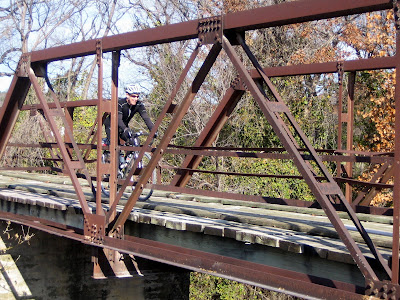 Before we get into the deeper stuff, how about a few facts? I believe there were 17 participants this year. Some of the folks that I had hoped to see, who could not make it included Bryan and Bernie from Trinity Bicycles, Steve from DFW Point-to-Point, Myles from Rat Trap Press, Chandra from GreenComotion, and my buddy Keith from Sulphur Springs. We missed you guys. 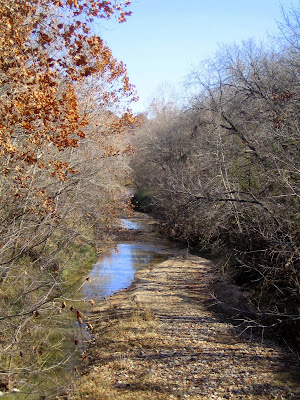 We did have a few folks that were new to the Ramble, including my son-in-law, Carey Jones. He happened to be riding what was the most prolific bicycle on this year's ride, the Surly Cross Check. 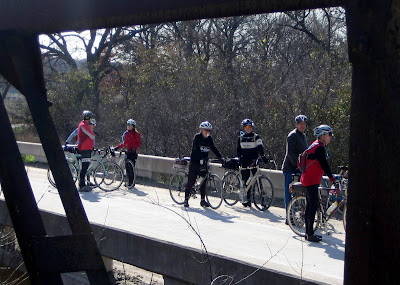 Overall, as mentioned by Doohickie, this year's version of the ride went a little smoother. I think we returned more than an hour earlier this year. 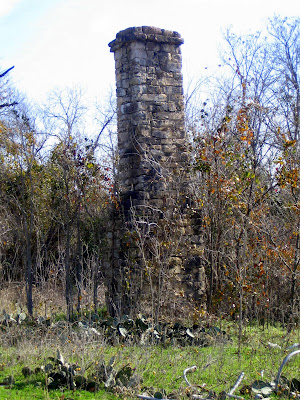 I don't think we were riding much faster, and I think we still had plenty of time for occasional stops for photos, snacks, and regrouping. It just seemed that things flowed a little better. 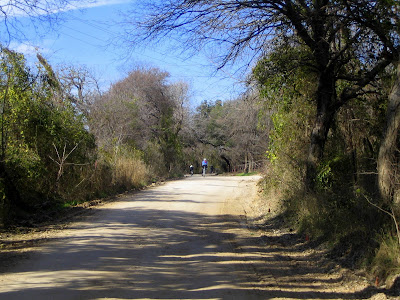 There was some chatter about the possibility of a spring version of this ride. That seems like a pretty good idea to me. 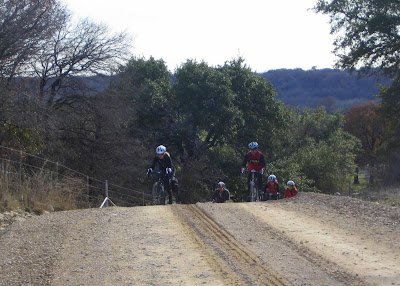 I actually have another route I like that might be of interest to a few folks. It involves a loop up to Gainesville that is maybe 60/40 (paved/gravel). 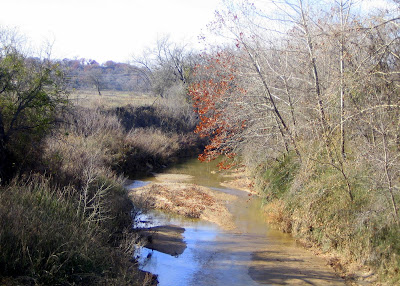 Maybe we ride up there, take over the local Starbucks and refuel, then ramble back. It might be a little longer, but (unless the wind is horrible) it is an easier route. I'm pondering that idea. 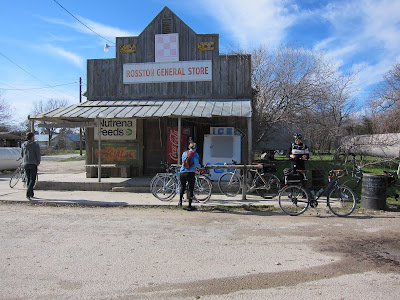 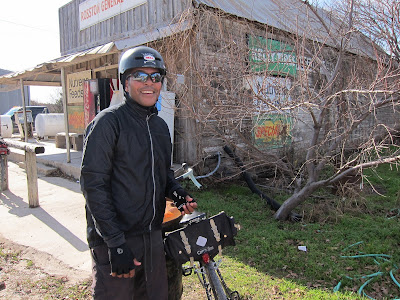 As I've said before, as soon as I post the date for each year's ride, I obsess about the weather. It has been clearly pointed out that if it is too cold and/or wet for me, I'll stay indoors. I'll apologize to those who made the drive up, invite them to come inside with me or hand them their cue sheets and wish them well. 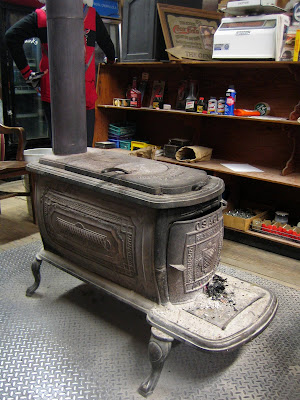 In mid-December, almost anything can happen. This year what happened was we had a break in the rain, perfectly cool temperatures, and only a slight breeze from the north. 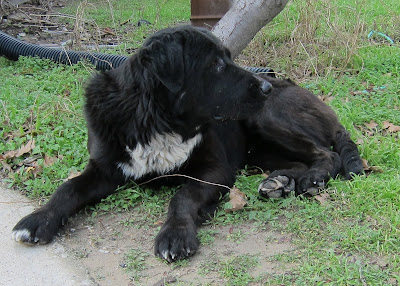 But what I'd really like to convey about this ride is beyond the numbers, the sequence of activities, and some of the pleasurable sights. All those things are part of what makes this annual event great fun for me, but none of them really get to the heart of the matter. 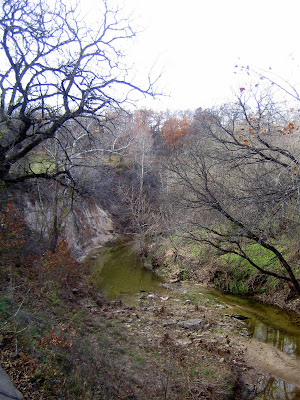 Since I ride these roads frequently, I already have in my grasp the joy of the rural countryside. What I miss is the pleasure of sharing it. 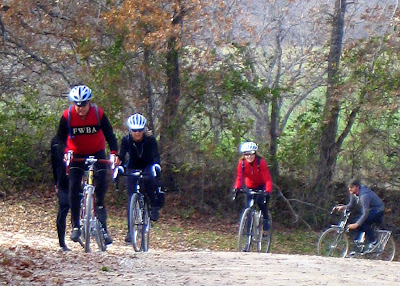 The ability to share an enjoyable day awheel brings an entirely new dimension to something already fantastic. A fine meal alone is fine, but a fine meal shared in the company of others brings a much higher plateau of contentment. 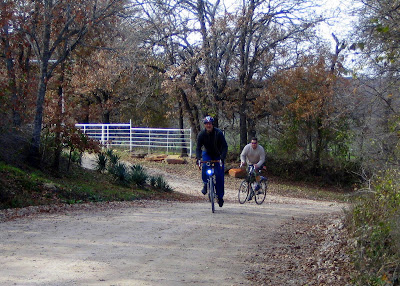 So, when I think back on so many friends who made special arrangements to come to my home, spend several hours riding with me in my local area, and make my day so rich, I am filled with gratitude. 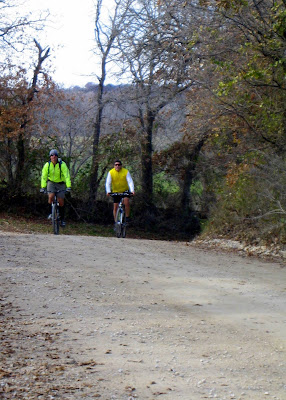 And in the words of Jean Baptiste Massieu... 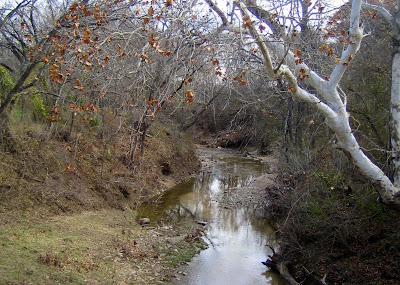 "Gratitude is the memory of the heart."
Posted by Pondero at 9:31 AM