Things change. It is often said that nothing stays the same. Some things change dramatically, rapidly, and drastically. Other things just sort of ooze unperceptively from the way they are into something different. Those things might not be noticed until you go away and come back later.

Three days ago, I drove down to Houston for business reasons and observed the fast major kind of change and the slow oozing kind of change. On Wednesday afternoon, a friend from work announced, out of the blue, "I'm getting married". The next day, I announced to this friend, as well as all my other co-workers, that I have accepted another job offer and will be leaving my employer of 8+ years. Marriage committments and job changes are big dramatic, high impact changes and they can transform a person's life very quickly.

While in town over the last few days, I noticed that many areas that were once forest are now commercial development. An interesting pattern became evident while driving in. A Farm-to-Market road that once served as a primary cycling route through dense pine trees is now surrounded by urban development. The development is organized. At each major intersection, there are the same kinds of establishments. The same gas stations, the same fast food restaurants, the same grocery stores, and the same coffee shops. There were no real geographic or character differences between the east end of the road versus the west end of the road.

On Friday evening and Saturday morning, I had a chance to ride the bike through old familiar neighborhoods. I rolled along at a casual pace through areas I've been through hundreds of times over the last 8 years. Much of what I saw was easily recognizable and allowed me to navigate my way easily, yet so much was different. It was like riding along in a place strangely similar to the place I once lived, but not really the same place. It was the same place, of course, but it has changed slowly since I've been away.

I guess one lesson to keep in mind is that while it is sensible to make plans, it is also wise to stay flexible, patient, and ready to adapt...because things change.

It was dark and cool when I started the ride Friday night. 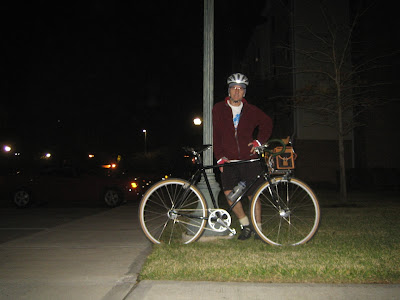 Speaking of change, how about Old Town Spring? There is much history here, but it's once simple quiet neighborhood of modest wood-siding homes, has been converted. It is now an eclectic collection of craft shops, bakeries, antique shops, and other shopping opportunities. Even this empty street and open sidewalks transformed into a dense crowd within an hour after this photo. 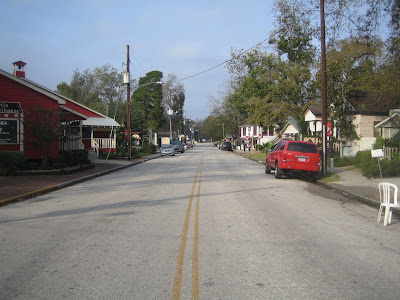 This old post office looks a little odd surrounded by so many weekend tourist/shoppers. 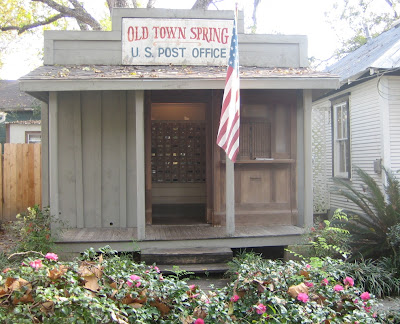 The parks in the old stomping ground, haven't changed much. Still, the 12-year olds playing soccer when we first moved in are now somewhere else and a different generation of kids are out there running up and down those fields. 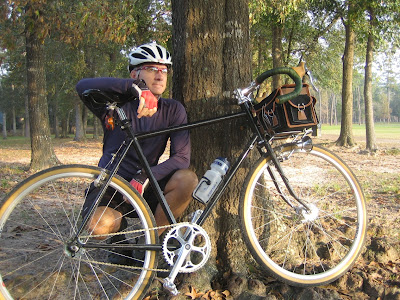 Hmmm...even that guy there in the photo above looks like he's aged a little...
Posted by Pondero at 12:40 PM