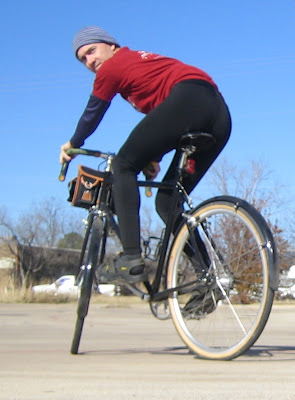 It was Christmas morning and all the cool kids were playing with their toys...and so was I. Before the family gathering, I suited up and hit the road. Actually, I hit the road AND the trail. The ride started with about 20 miles of backroads, followed by about 10 miles of trails. It was clear, crisp, and breezy. The road portion of the ride took me eastward to the Lake Ray Roberts Dam and the Greenbelt trailhead. 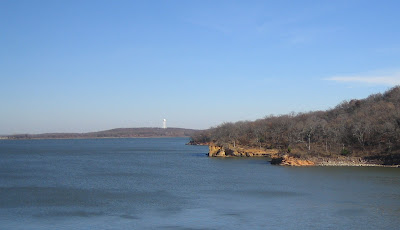 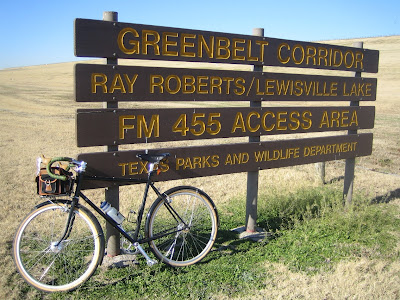 After stopping for a snack and a water bottle refill, it was time to turn into the woods. There was not much traffic on Christmas morning. 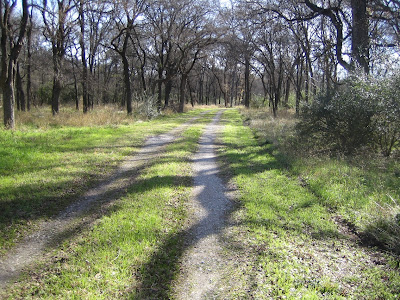 The family came, in route to the family gathering, to pick me up at the designated meeting spot near the southern end of the trail. Since I arrived a little ahead of schedule, I spent a little time playing with the automatic feature of the camera. The results were mostly poor. It's a little childish of me, but here are a couple of shots to show what happens when I try to be like the cool kids. 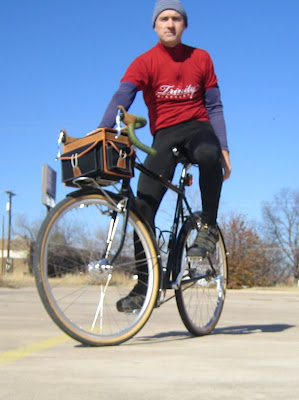 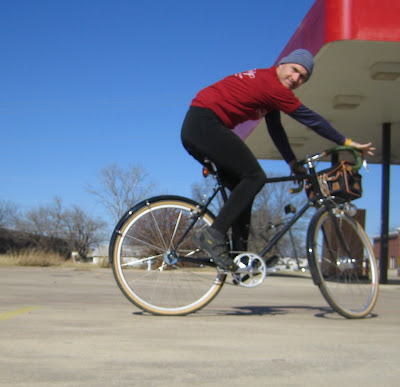 It was a good day for a little Christmas play.
Posted by Pondero at 9:23 AM