As mentioned recently, circumstances can interfere with whatever we had planned or what we would have preferred to do instead. Circumstances, along with the Texas summer heat, has reduced the long rides done to practically none. Fortunately, "no long rides" doesn't always mean "no rides at all". Here are a few recent ones that were short, but priceless.

At the Annual Aggies and Friends Conservative Bash, I rode with my buddy Keith for a couple of hours. When I ride with him, what I usually see...is his back. I am disappointed to say that can't find the photos I took on that day. During that same weekend I did a very short solo ride in the hottest part of the day. It was only minutes, but here's what it looked like at the top of the hill. 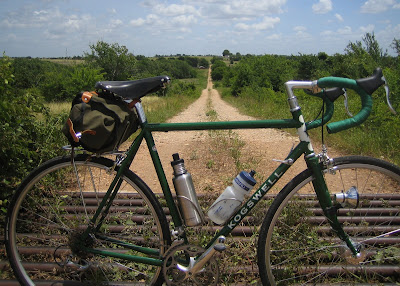 On July 4th, I stole away in the early morning for a little while before the day's festivities and had breakfast on the bridge. It is amazing how little traffic can cross such a nice new bridge if you pick the right time. 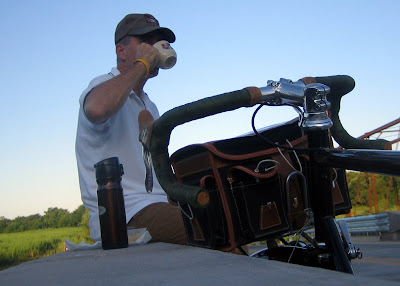 Today, it was a haircut run. I rode the clown bike into town, got the planned haircut, and even added a couple stops just for fun. 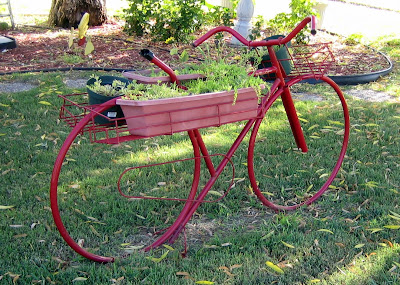 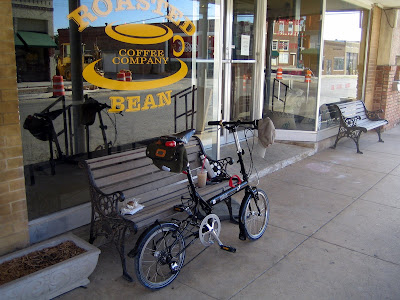 If things go well, I might squeeze in a short spin tonight after the giant heater in the sky slides behind the horizon. I don't know whether I'll get a photo, but I do know that if I ride, I'll gain a memory.
Posted by Pondero at 4:54 PM