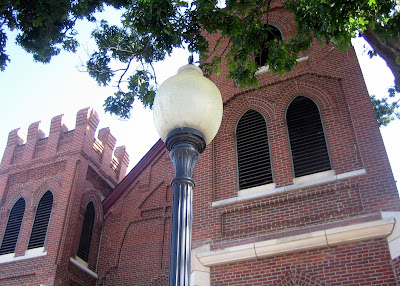 There is certainly more than one way to obtain provisions for the household. One way is the hurry-up, git-r-done, let's-get-on-with-it-and-move-on-to-the-next-task way. One possible alternative is what actually happened this Saturday morning...a much less efficient approach, I'm proud to say. Life moves pretty fast, why not slow things down a bit?

Instead of the local grocery or the Denton big city grocery, we opted for the Gainesville small town grocery over 20 miles away. Instead of one person making the trip while the other is scurrying around trying to check something else of the to-do list, this trip involved both of us. Instead of traveling together to Gainesville, we took two different vehicles. 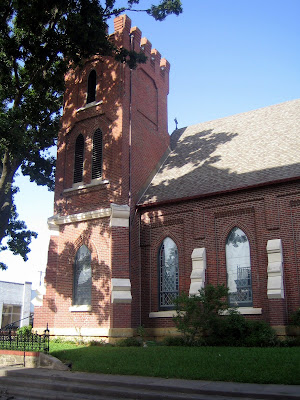 I rolled out of the driveway on the bike at 7:30 and took advantage of the tailwind all the way to Gainesville. Janet left somewhat later such that we arrived within minutes of each other...at the coffee shop. We treated ourselves to what Janet calls dessert drinks and a leisurely mid-morning breakfast. We sat outside in the shade since it was not yet too hot. 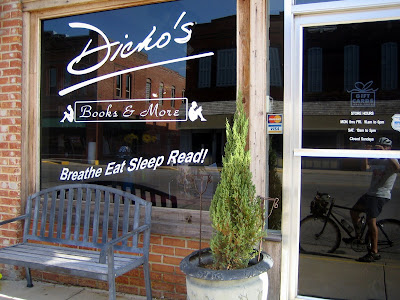 She drove straight to the grocery and I noodled around town a bit, took these photos in town, and caught up with her later. We packed up the provisions and the bike and drove the backroads back to the house. It was a rich and pleasant morning activity. 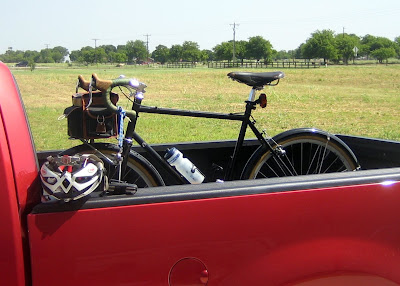 We could have completed this activity much more efficiently, but then it would have simply been another chore.
Posted by Pondero at 11:04 AM