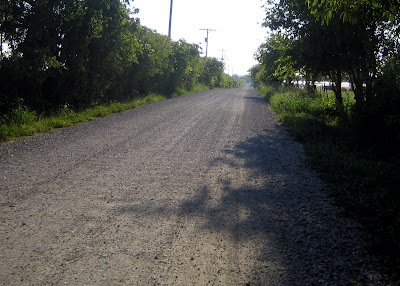 Most cyclists have preferences regarding riding surface. From the highly technical off-road for the mountain bike specialist to the smooth and fast banked surface for the track racer, there is a broad spectrum. I prefer no-stripe roads.

I consider myself a road cyclist, but prefer narrower, quieter, out-of-the-way roads. When possible, I like to minimize encounters with large vehicles, noise, and congestion. There are roads out there that provide such opportunities. They are the back roads. Often they are county roads that are paved, gravel, or dirt.

Due to budget limitations and lack of need, no-stripe roads do not have striping to separate lane direction, passing zones, or to identify the edge of road. Rural folk have enough common sense to figure that out on their own.

The vast majority of my favorite local routes are comprised of these no-stripe roads. Allow me to illustrate. The first example clearly shows what a NON-no-stripe road looks like. Frequently, after about 30-40 minutes of no-stripe bliss, I cross this bridge over IH-35, look north, and see this view. I usually count myself lucky to be pedaling away from this noisy place. 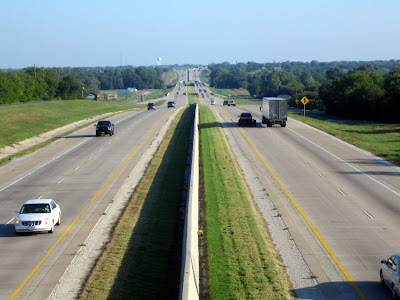 Within about 90 seconds from the spot of the last photo, is a fine example of a true no-stripe road. The roar of the interstate fades quickly and the continuous quiet crunching of gravel under bicycle tires takes its place. 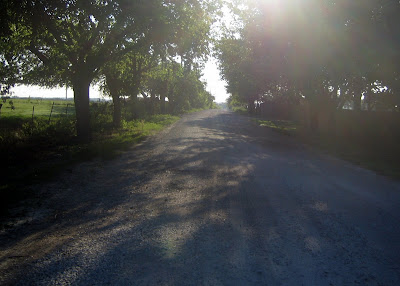 No-stripe roads meander through forested areas, between open pastures, and through small towns. They might be smooth or rough, in good condition or bad, and paved or not. They allow one to see the character of a place. Major highways give the traveler uniformity of road configuration, signage, and surrounding national-chain businesses. No-stripe roads offer diversity, personality, and amusement. 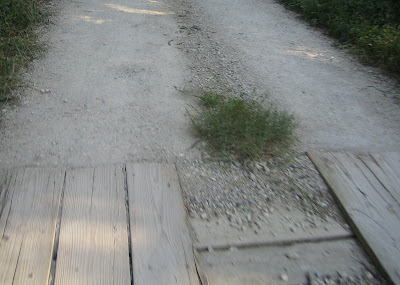 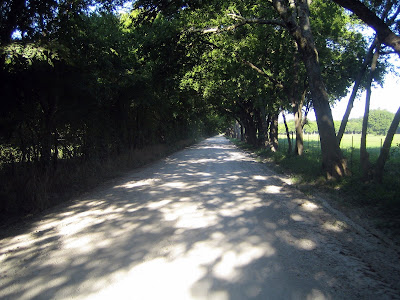 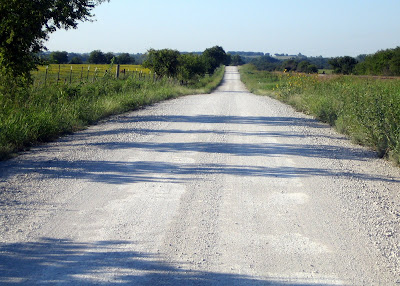 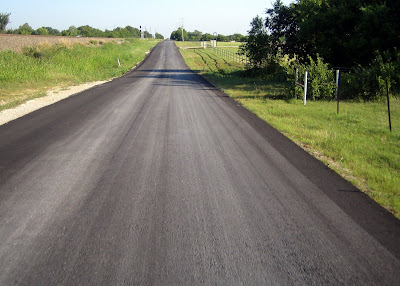 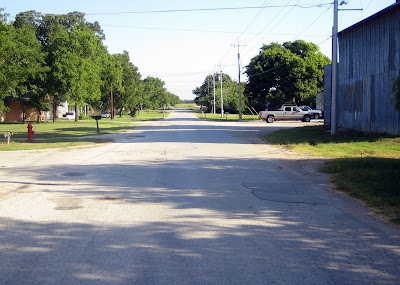 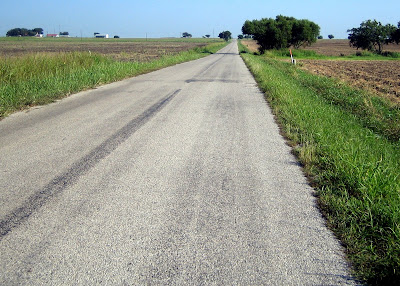 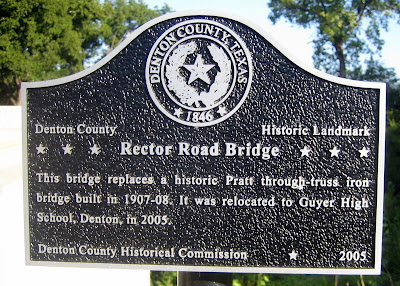 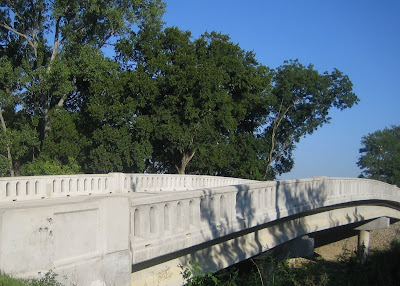 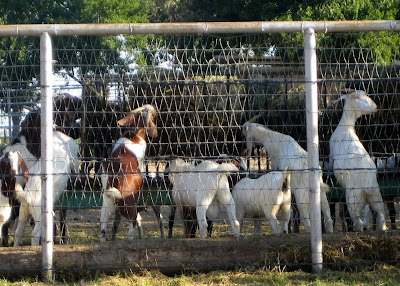 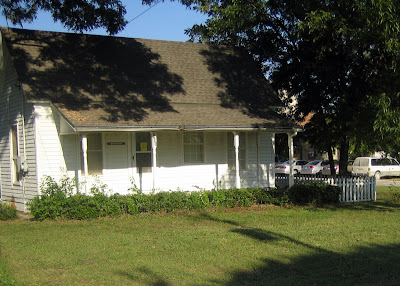 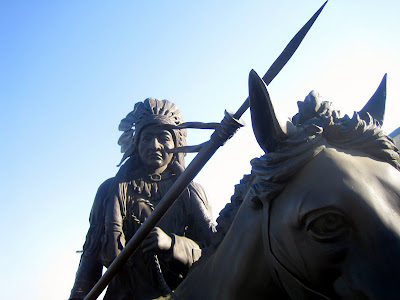 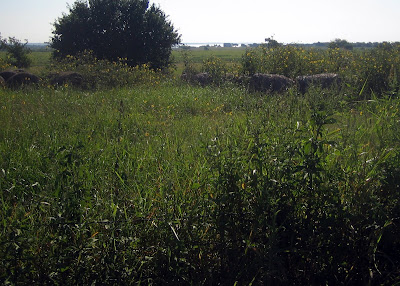 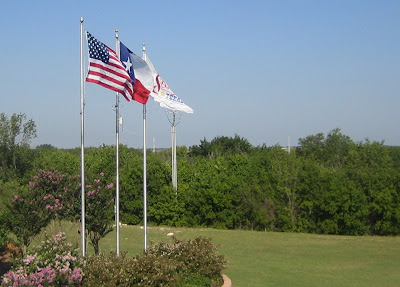 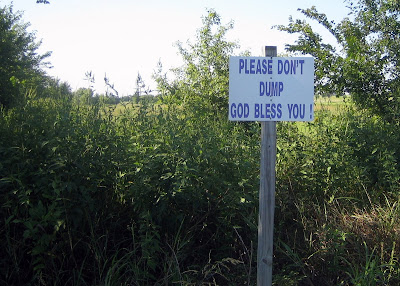 Now that I reflect on it, there is a kind of striped road that I do like. This kind… 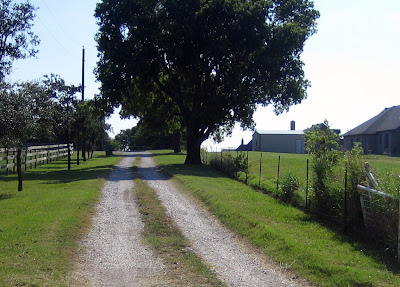