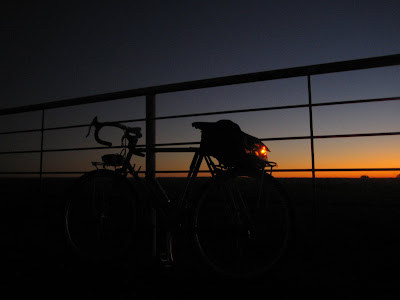 Because Mrs. Pondero had other plans for our Saturday afternoon, my craving for gravel had to be met early. Because there aren't many street lights out here on the prairie, it can be sometimes be rather dark when I start my rides. The photo above was about 30 minutes into the ride. I really enjoy my lights. 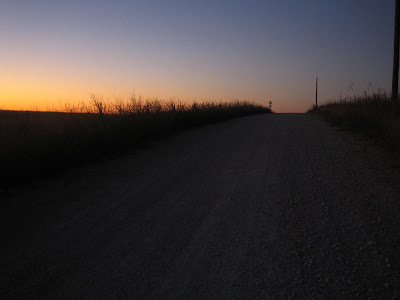 On the menu this morning was what I've named the "Slidell Loop". It's about 32 miles, and a large majority of it is gravel. Because so much of this route is car free and quiet, there are long periods of no sounds but the wind and tires crunching gravel. The last time I did this loop, it was much hotter outside, and I had company. 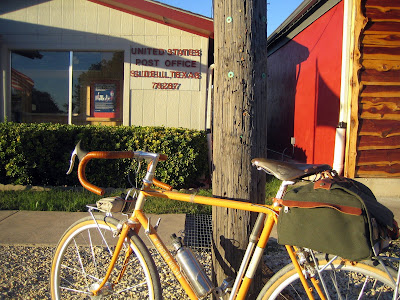 It was still chilly when I reached downtown Slidell, Texas. The sun was up, however, and a short breakfast break came at a great time. 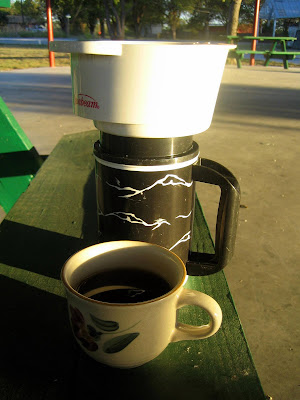 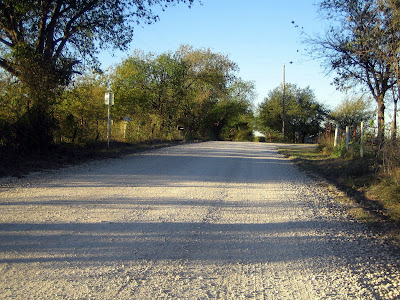 After a nice, hot cup of fresh coffee, there's not much better than cruising down a rural gravel road on a crisp autumn morning. 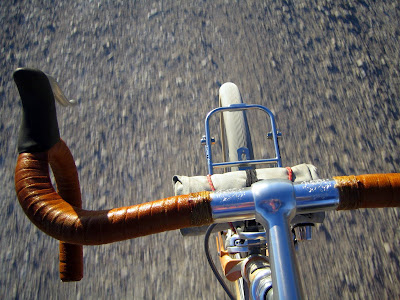 ...at least that's my perspective on things.
Posted by Pondero at 4:47 PM