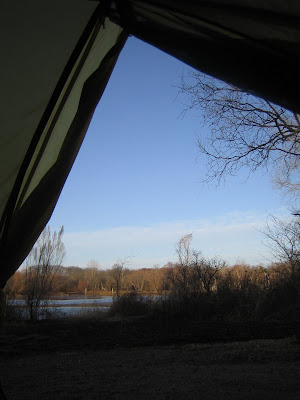 When I woke up on the last day of the year, this was my view. Because I got a late start on this year-ending S24O, I arrived after sundown, scrambled to set up camp before dark, and didn't get any pre-morning photos. 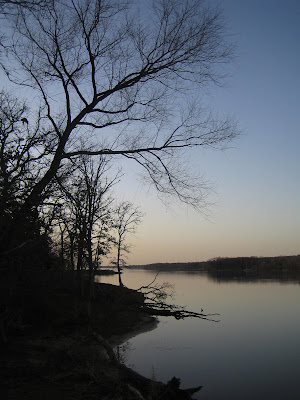 I tried a new camp site, not far from my usual spot on the same finger of the lake, but a little closer to deeper water. 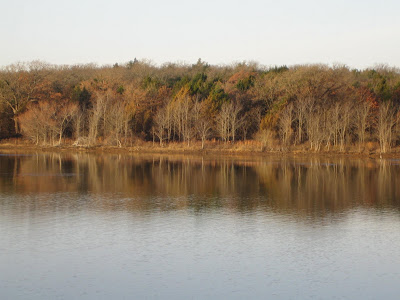 The early light on shoreline didn't disappoint. I had this entire section of the park to myself, and the morning was quite serene until the day's anticipated cold front blew in with a fury. 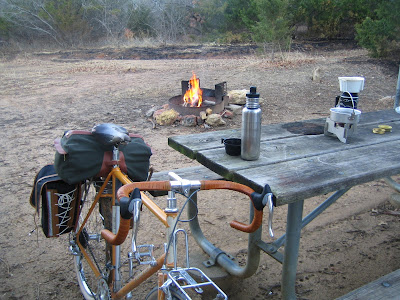 I had ample time for a relaxing breakfast and warming myself by the fire, but the wind began to accelerate as I was cleaning up. Taking down the tent and rolling it up proved to be a challenge, so I began mental preparations for the ride back home. It would be two hours into a fierce headwind.
Instead of focusing on the abuse of the wind gusts and slow pace, I just spun a low gear and took advantage of a little extra time today to be grateful for a nice year-ender S24O.