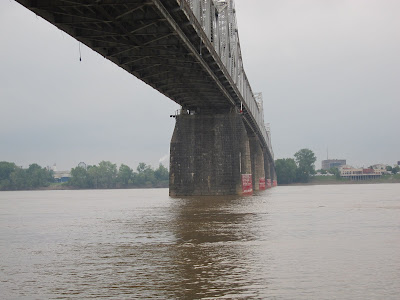 It was going to take bigger obstacles to keep me off the bike. David went to the trouble to bring his Dahon folder for me to borrow while in Louisville. I didn't want to let him down. 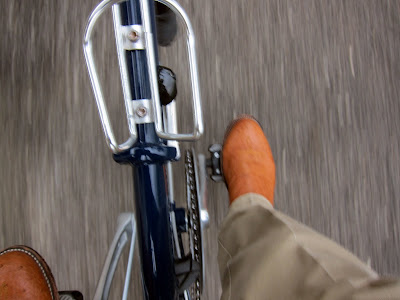 So the cloudy, damp, drizzly weather, and my lack of traditional cycling attire, didn't stop me. Finally, even my employment responsibilities didn't stop me. With a mix of determination, and eager anticipation (emancipation?), I pulled on my boots and rolled the folder out of the hotel lobby. 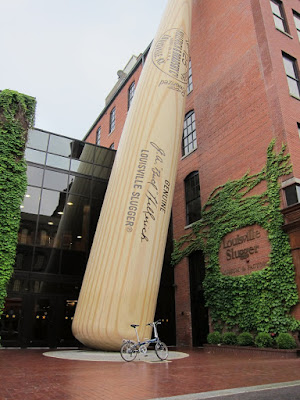 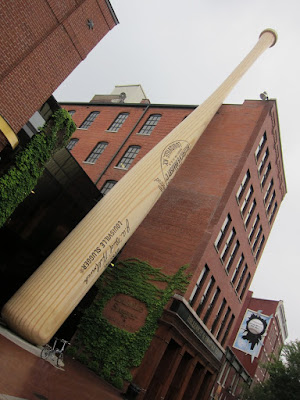 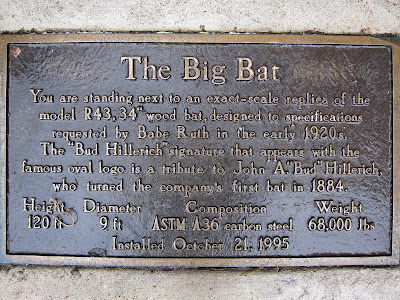 Other than pedaling around the downtown area, I had no plan. I just wanted to spin the cranks and feel like the luckiest conference attendee in Louisville. 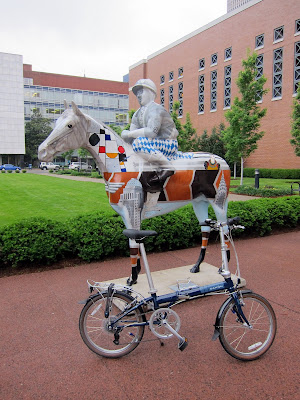 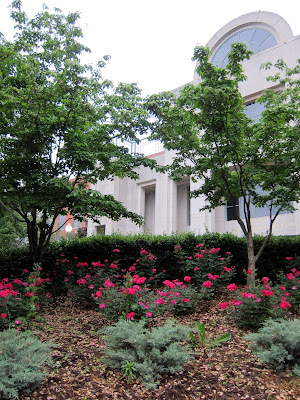 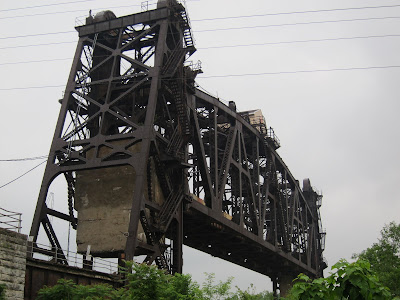 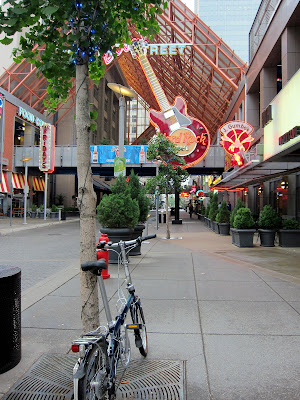 Within an hour, drizzle grew into drops. Since I had Mrs. Pondero's new camera, the smart thing was to seek shelter. 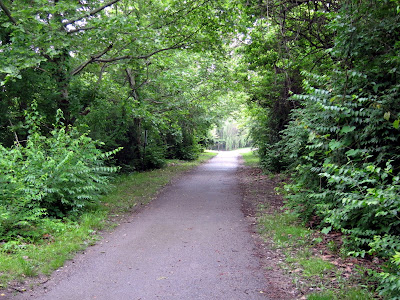 Besides, it was dinner time. And tomorrow, it'll be time to head back home.
But it was good to linger a bit here in Louisville for one more night. Thanks again to my new friends for making a work activity much more pleasant.
Posted by Pondero at 7:02 PM