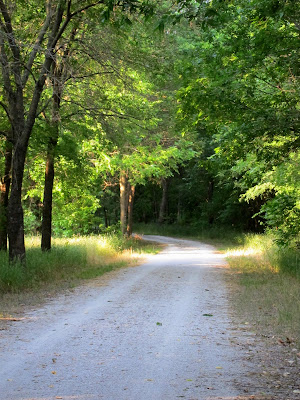 It's wasn't easy to get up for a 5:30am rollout, but it was worth it. I find enduring an early alarm easier than triple digit temps and 25-35mph winds.
Aware of the windy forecast (it was already blowing pretty strong at departure), I worked my way south on a mix of paved and gravel roads to the Denton Greenbelt Trail, rode about 6 miles of it, and ended up at the southern end. After a brief, but scenic tour of downtown Denton, I returned along my traditional bicycle commute route. That route basically is a choice of going west, or north. On the west portions, I leaned into the cross wind and worked to maintain a line among the gusts. On the north portions, I was amazed by the mixed sensory signals my brain was receiving...tired legs, still air, but a landscape going by very rapidly.
After almost 5 hours on the bike, I had just enough time to get cleaned up and have a big lunch before that afternoon nap overcame me.
Posted by Pondero at 2:44 PM