Unlike the trip to Santa Fe, New Mexico, the bike came to Austin. Sometimes things do come together. Since this trip to attend a conference didn't involve teaching, the evenings were relatively free for recreation. The hotel is located downtown, not far from Town Lake. 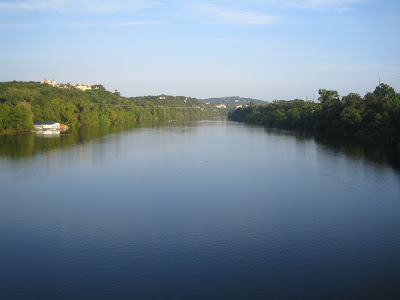 It is easy to cruise the jog/bike path along the lake west toward the hilly parts of town. If you aren't in too much of a hurry and don't mind meandering around runners, it is a pleasant trip. 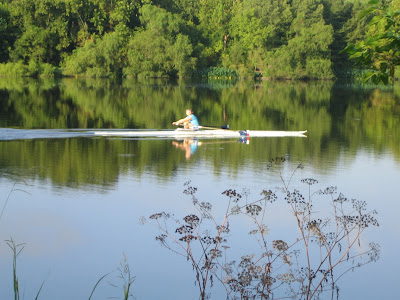 Once you reach the western limits of the trail, you get on the road and continue west and north into the hills. Although the route along Town Lake is very flat with only small rollers, the last mile or so up on Mt. Bonnell turn into quite a challenge. Using Google Earth to help estimate things, it appears that you climb 212 feet in the last third of a mile for an average slope of over 11%. Some streches are steeper than that. 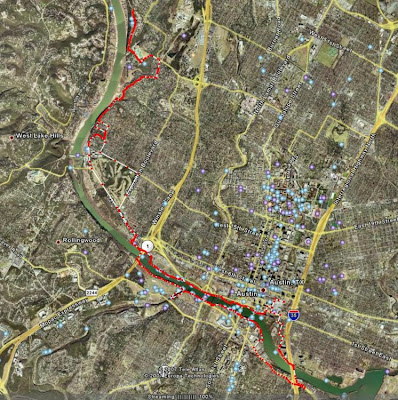 The following two photos are on the way back down. The first one from near the top and the second one about mid-way down. They don't look so tough in the photo, do they? Yeah, well...try pedaling up on a bike. 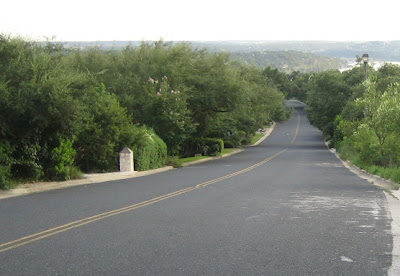 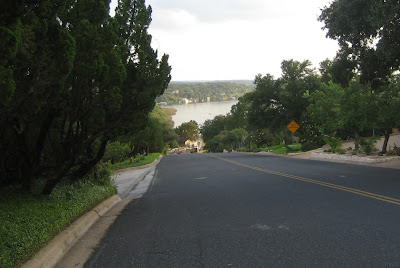 After the big climb, spinning easy around the other side of the lake back to the hotel was simply delightful. As the dark clouds started to roll in from the north, I spotted Stevie Ray Vaughn standing by the lake with his guitar... 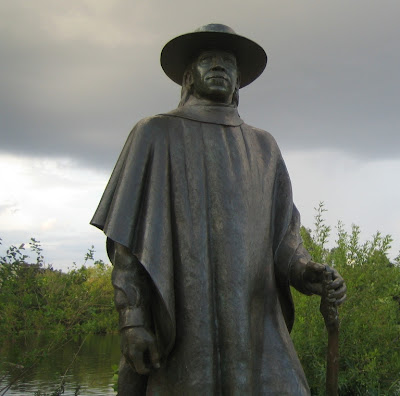 ...and then had to pick up the pace slightly as the rain drops started to fall. When things really come together, you can roll the bike in, turn around, look through the glass door from the inside, and watch the storm hit...smug as anything.
Posted by Pondero at 7:29 PM