FALAOWTAHC stands for First and Last Annual One Way Tailwind Almost Half Century.

Basically, last Saturday I had a lunch appointment with a good friend a little less than 50 miles southeast from my house. There was a 15-20 mph wind blowing steady from the northwest. Since I had also planned to watch my nephew's little league baseball game that same evening, Janet planned to drive down. That means I had transportation for the return trip back home late in the evening. That also means that I could enjoy a nice (almost) half century ride, from point-to-point, on a nice cool, spring day, with a massive tailwind. Hence...the First and Last Annual One Way Tailwind Almost Half Century.

Happy bike after arriving at Anamia's Tex-Mex in Southlake, Texas. 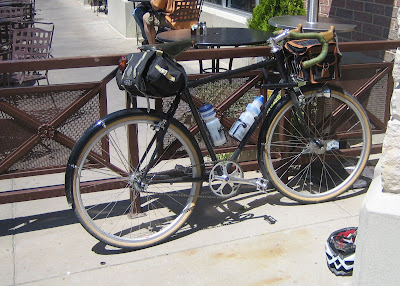 Baseball action (our hero is the catcher) before the lights came on... 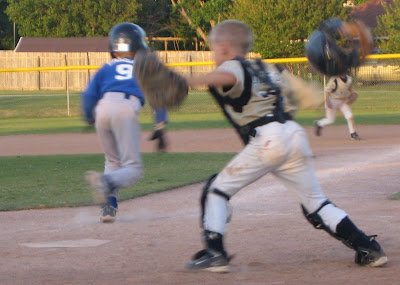 It was a delightful 3+ hour ride. It was a delightful and delicious lunch with a dear friend. It's a shame that it was the "First AND Last Annual...". If I could figure out how to duplicate the conditions of that ride, along with the entire afternoon and evening, I think I'd do it again.