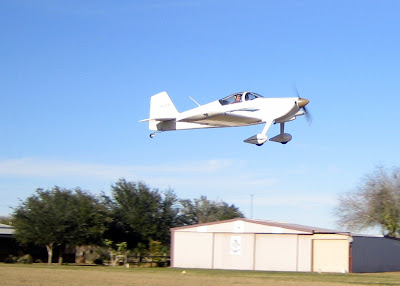 I love my father-in-law. That might be a statement you don’t hear often, but it’s true for me. I actually love my mother-in-law more because she feeds me caramel pie, but that’s not the point of this post. My father-in-law and I share perspectives on many things, even in the realm of political and religious things. I enjoy spending time with him and talking about things; things going on in the world and things going on in our own lives. We observe and ponder. We analyze and criticize. At some point in the discussion, one of us will inevitably ask the question knowing the other will immediately understand, “What’s the objective?”

A tax code rant would be one example. It might start with some family member casually stating that they just received their W2 form from their employer. Within moments, however, he and I would probably veer off on a critical analysis of our country’s taxing system and its appalling complexity. To which I might exclaim in frustration, “Why does something as simple as collecting revenue to run a government need to be so complicated?” Then he would pause, smile, and say, “What’s the objective?” With that short question, I understand that he is saying that the objective of the tax code is NOT to provide revenue to run our nation. Instead, it is the carefully crafted way politicians make us think that they give each of us something we want, and make someone else pay for it. There are hundreds of other examples of “What’s the objective?”, and many are much less important to society as a whole. 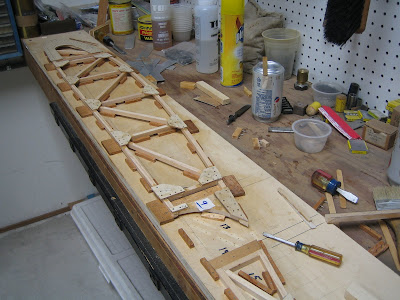 Our question often arises during discussion of our respective idle time activities. Readers of this blog are already aware that bicycling is my thing. He, being of superior intellect, discipline, and skill, is an aviation enthusiast. The man builds his own airplanes, and then he hops in and flies them. He doesn’t build like I “build” a bicycle by bolting pieces together, but from a set of drawings and raw materials. He builds airplanes like my mother-in-law builds a caramel pie with a homemade crust. She doesn’t use those little Kraft caramel squares, she makes her own caramel (with magic, I think). But caramel pie is not the point of this post (and I’d really appreciate it if you’d stop bringing it up). 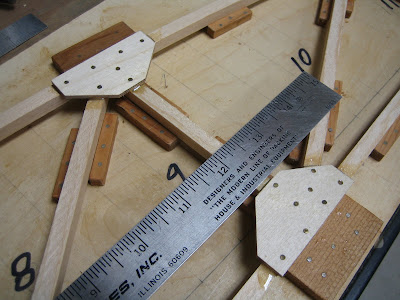 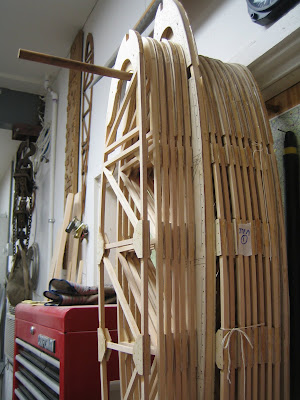 I might ask, “Why are you building a fabric-covered, spruce-ribbed, low-powered, low-tech airplane when you have a fancy, sleek, high-powered airplane you just built?” To which, he’d reply, “What’s the objective?” 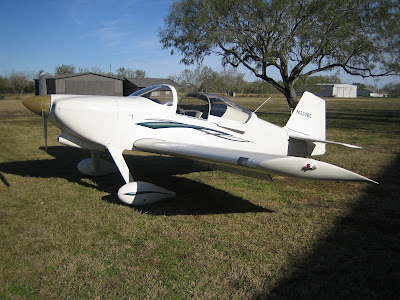 I shrug my shoulders.

He explains that the objective of building another airplane is “to build”. He has no schedule and is making no commitments to finish or fly the thing. If he can spend time building between flights in his other airplane (or slices of caramel pie, say), that’s the objective. Suddenly, it all clicks in my simple mind.

I mentioned in an earlier post that I have set goals for myself in 2010. I stated that my objective is not about speed or distance. My objective is saddle time…to remove obstacles that limit my riding…to wander the countryside and simply enjoy the sensation of pedaling a bicycle. So why does anyone sell a custom made, titanium framed race bike that must be tied down on a breezy day? Why does he replace it with an old-fashioned steel bicycle with fat tires, racks, canvas bags, and an astonishingly heavy leather saddle? Why does he give up a top-of-the-line, 10-speed drive train for Amish-like fixed wheel simplicity? Three years ago, I myself would have asked these very questions. But by now, I’m fairly confident you know exactly what I’d say. 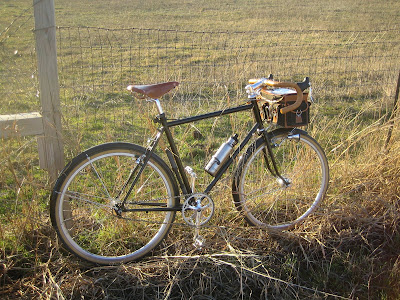