Something to Build On 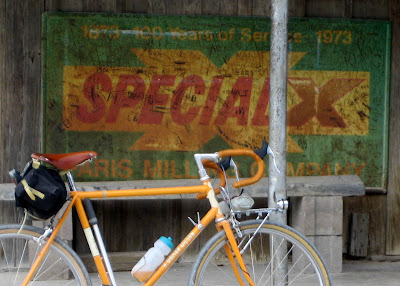 A longer ride was overdue. I can't remember my last ride over the 100k milestone. Rides in the 30 - 50 mile range are fairly normal, but I'd like to get past the 100 mile mark at least a couple of times this season. Today's target was 100k, and it was plenty challenging. 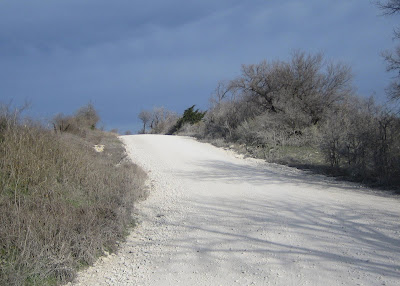 I could have chosen an easier route. Located north and west of my house, it included more climbing than my local roads. Similar to my local routes, however, more than half the miles were on gravel. 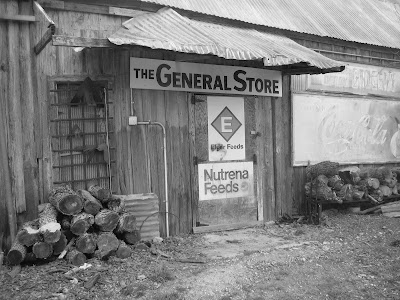 My favorite rest stop is probably the Rosston General Store. It is always good to include that in a loop route. I headed almost directly north through Era to Muenster. Then took a sweeping west to south to east route through Rosston and the Ramble route back home. 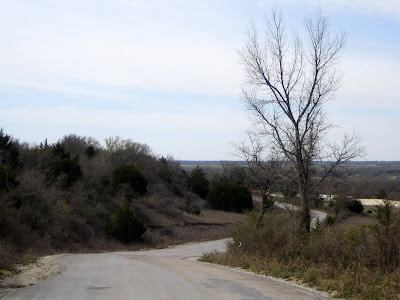 The first couple of hours into the wind were a bit of work. But when I was able to turn south, I made good time down to Rosston. Tailwinds and sweeping downhills make for delightful riding. 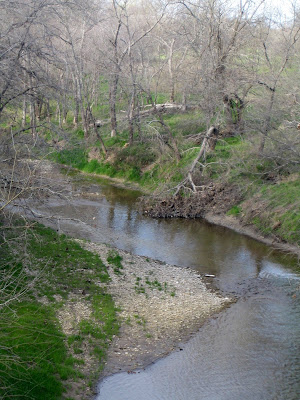 It was great to see the creeks with water again. After such a dry summer, we've had plenty of moisture through the fall and "winter". I could have taken many more lovely creek photos, and probably should have. 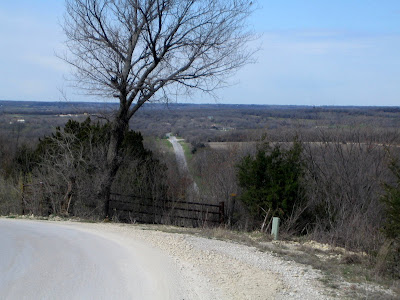 There are some places that are high enough to see far away places. The view above was a little south and west of Muenster, but there were several vistas between that point and Rosston. 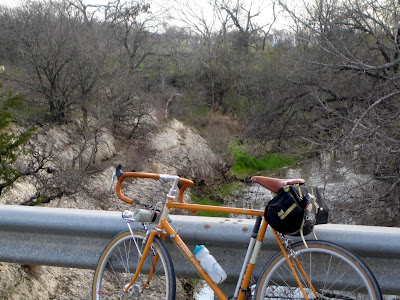 I almost took the Quickbeam today. That would not have been the smart choice. There were multiple times during the outing I was thinking how fortunate I was to have coasting and gears.
I'm tired. But it is good to get a longer ride in this early. Something to build on...
Posted by Pondero at 5:32 PM